Tourist and cultural space promoted by the Government of Aragon for the 2008 International Exhibition held in Zaragoza (Expo 2008).

The building, designed as a traditional warp, has three structural cores and a public square on the ground floor.

The construction were planned to be build in glass or in a panel of white prefabricated micro concrete reinforced with fiberglass (GRC). The building simulates being made of a protective and enveloping fabric. Two levels are crossed over the public square, crossed by nine polyhedral pieces, which makes up the vertical structure of the building, six of which are lighting and ventilation patios. 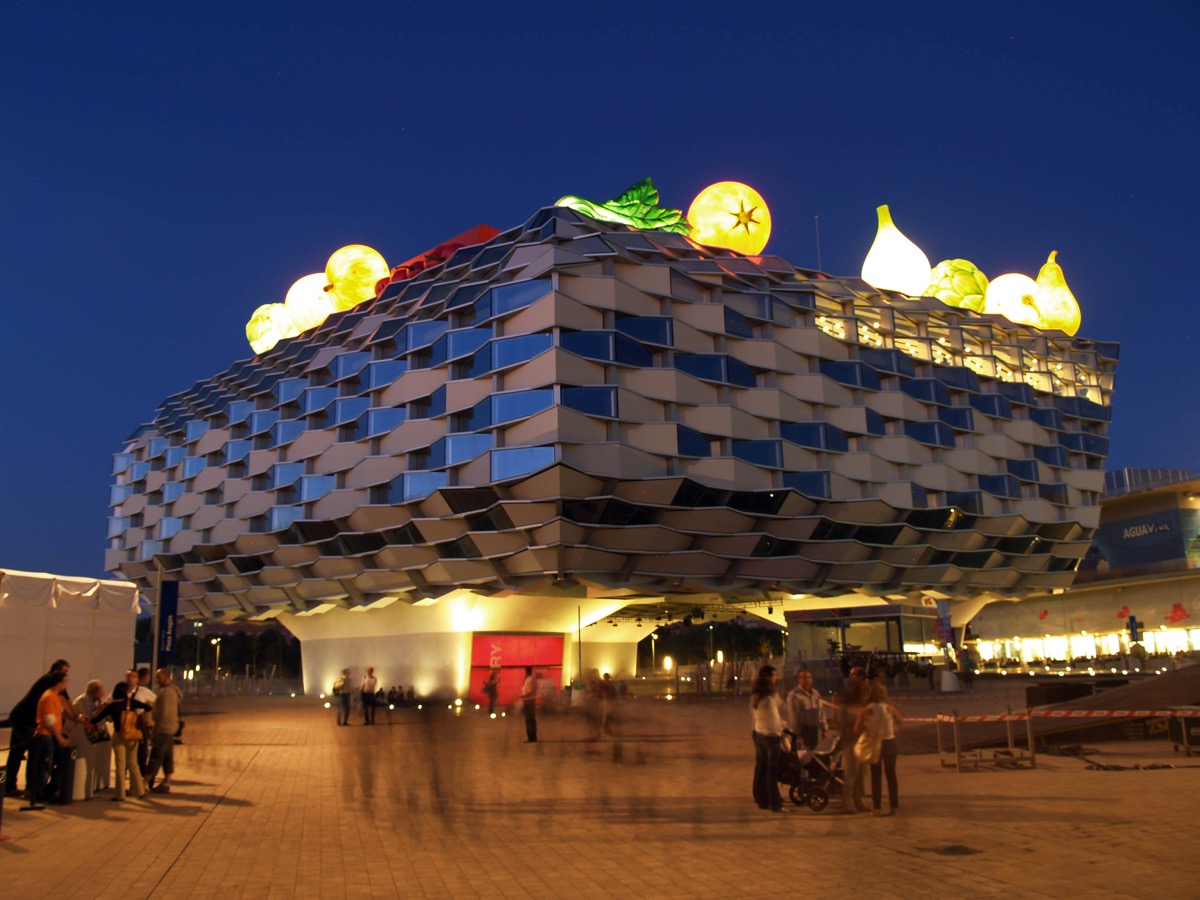 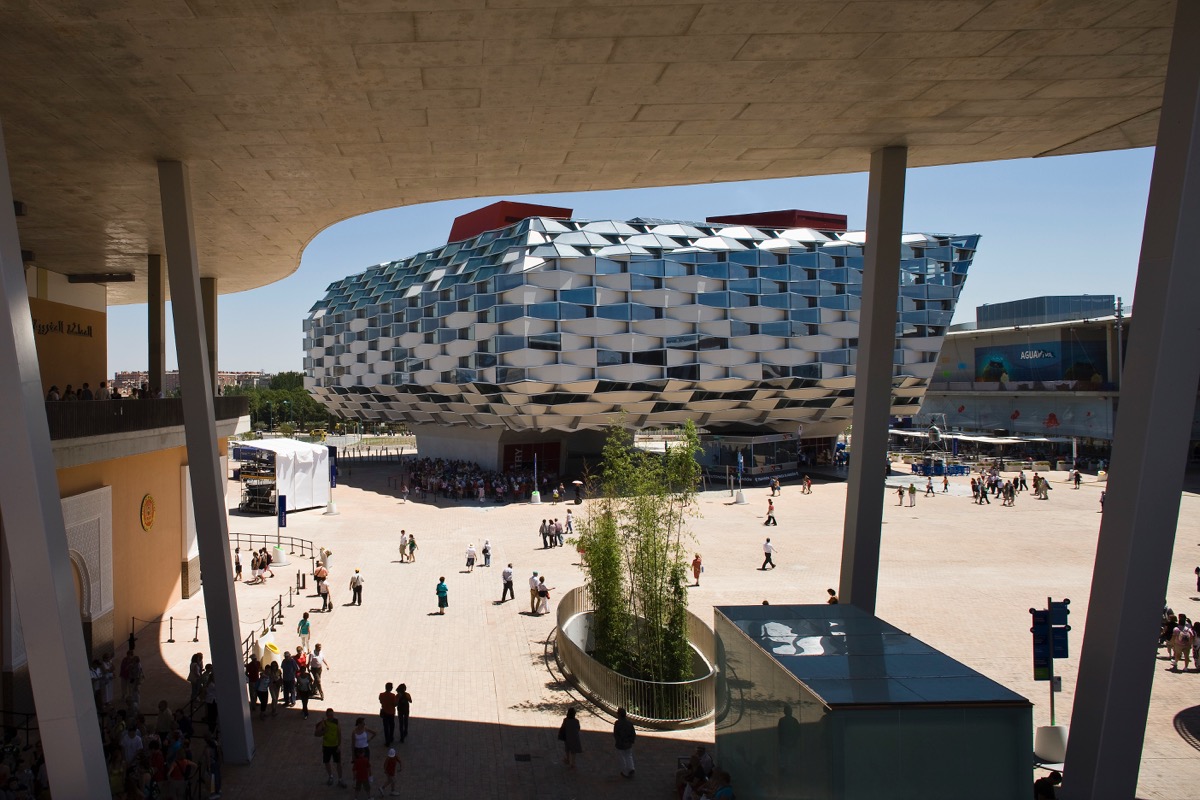 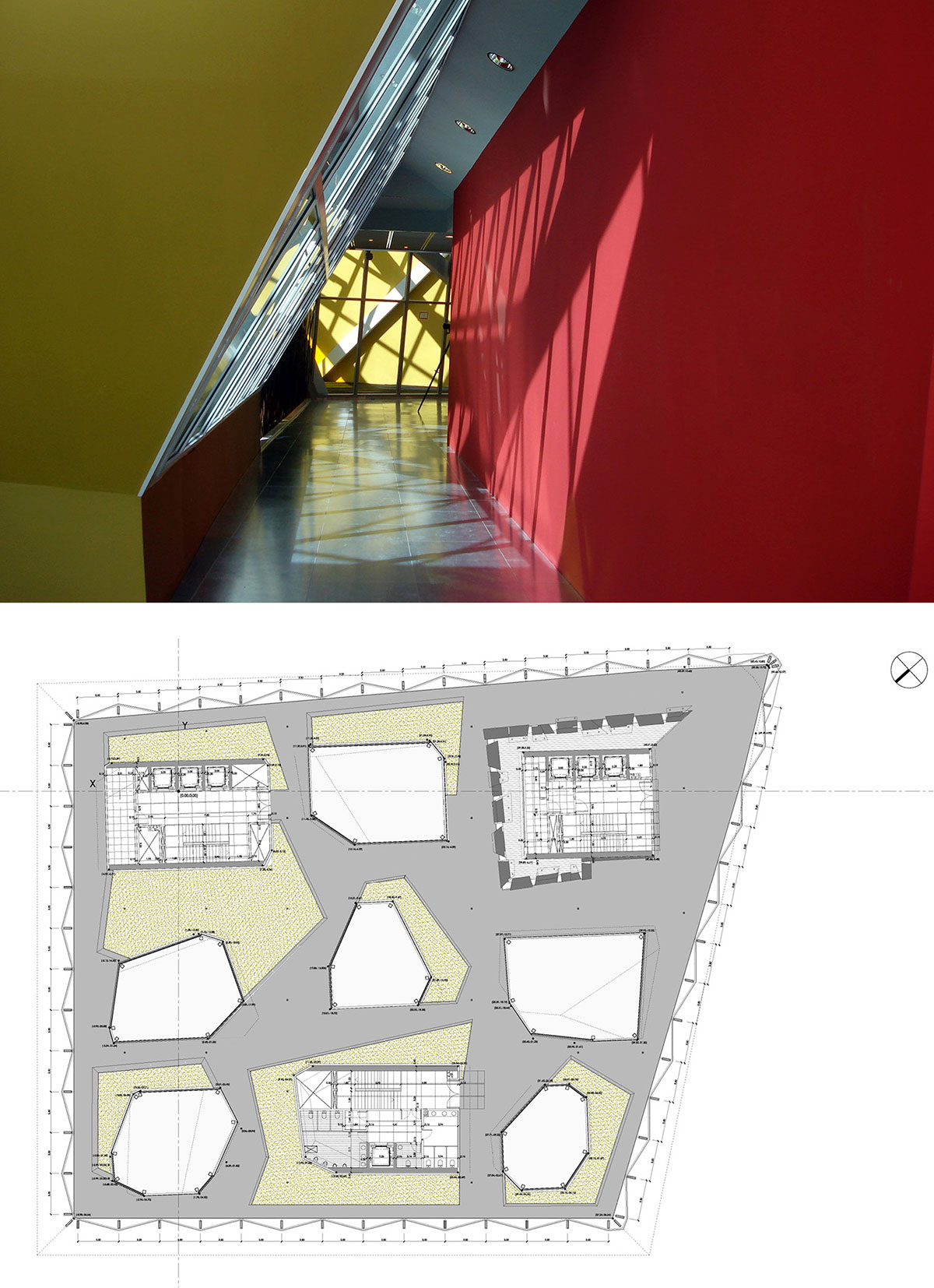 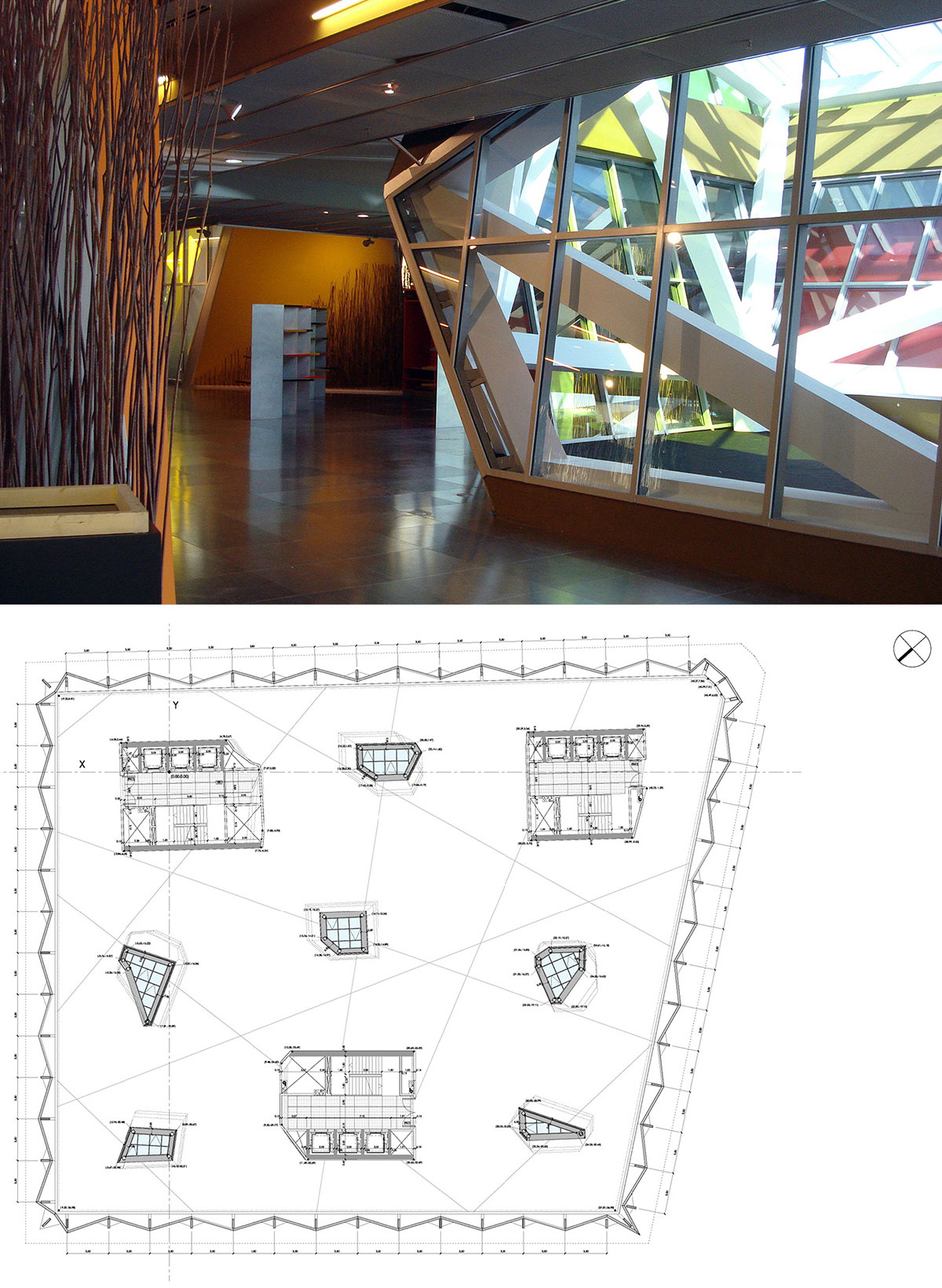 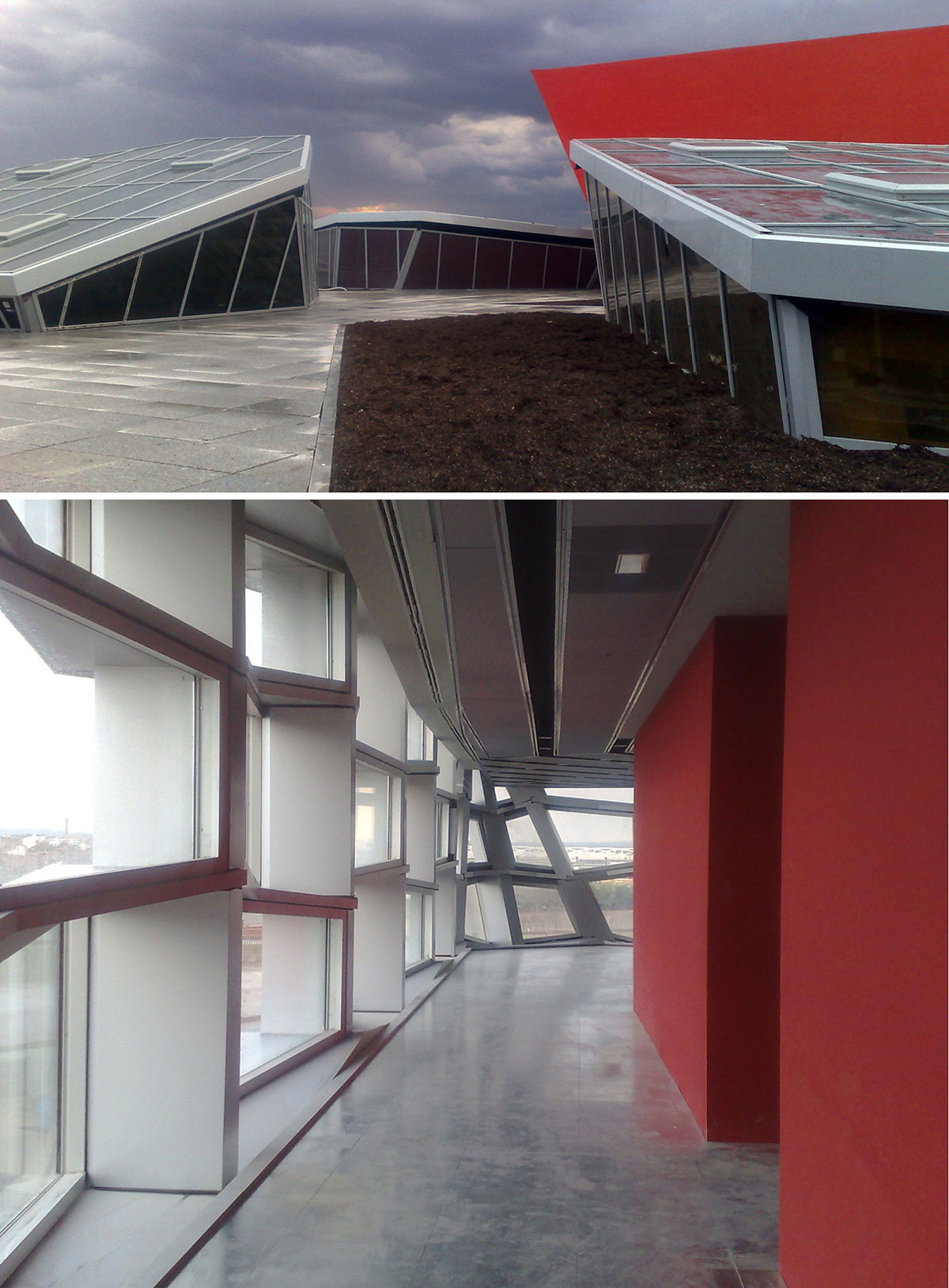